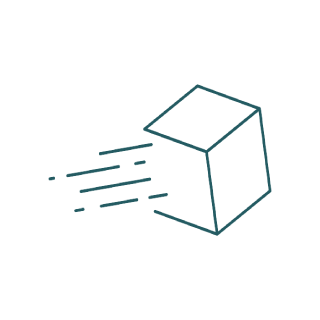 The Iliotibial band, also known as the IT band, is a long group of fibers that run from the top of the hips to the outside of the thigh. The IT band is basically a connection between major hip muscles and the knee that keeps everything stabilized during running, cycling and other physical activities. At the part of the knee where the tendon passes, there is a small sac (bursa sac) between the bone and the tendon. Excessive use can cause friction on this “bump” which leads to inflammation in both the tendon and/or bursa (tendonitis, bursitis). “In patients with iliotibial band syndrome, magnetic resonance imaging (MRI) studies have shown that the distal iliotibial band becomes thickened and that the potential space deep to the iliotibial band over the femoral epicondyle becomes inflamed and filled with fluid” (Khaund et al, 2005) The epicondyle is a “large knob on the femur” and the IT band crosses over the knee and lies on top of this knob (or epicondyle). If the IT band is not used correctly (i.e. poor running habits), it causes friction and irritates “an area rich in blood vessels and nerve endings between two structures” (Fairclough, 2007) IT band syndrome (or ITBS) affects a large demographic of people including runners, cyclists, and other athletes, as well as those who work physically demanding jobs that involve a lot of crouching or walking up stairs. As ITBS can be a serious impairment and quite painful, it is important to recognize the symptoms. The pain is often described as being in the knee area and hurts most when the foot strikes the ground. The inflammation caused by stress can be excruciating, and if ignored, can lead to a more debilitating affliction. The most likely cause of ITBS is improper running form, however, many physicians agree that ITBS can be caused by a combination of multiple factors. Some of those other factors include: equipment and gear (running shoes), terrain (i.e. concrete, gravel, or beach), physical bone structure, weak hip muscles, and a variety of other anatomical/physical reasons. There are many treatments for ITBS and the most common treatments are actually the easiest. In some serious cases, you should visit a physician to further diagnose and treat ITBS, but most of the treatments can be done at home. With broad review, here are six of the most common, effective, and simple ways to treat IT band syndrome.

For over 20 years, families across the U.S. have turned to Real Time’s lotions and creams for PAIN RELIEF YOU CAN TRUST®. From Lifestyle Essentials, through our Nujuvena line, to Pain Relief Formulas, Real Time has you covered.